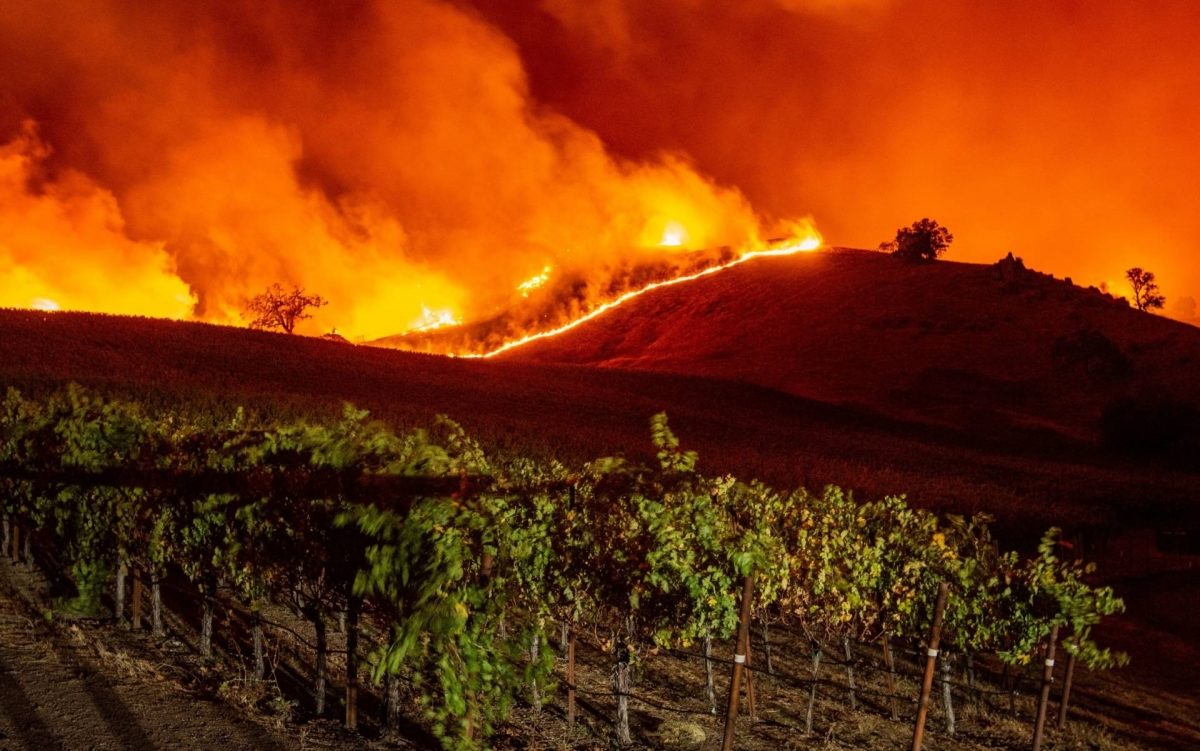 California, is on fire. I know, because I can smell it from where I am.

When I participated in a Mutual Aid Disaster Relief workshop last year in NYC, one of the things that stuck with me was the discussion about the term ”natural disaster”.

It sounds very innocent, but on closer inspection it tends to hide the social aspect of almost all such so called disasters. Storms, fires, earthquakes etc, all occur naturally, this much is true. In some cases they can actually play an important role in rejuvenating ecosystems.

The problem, however, begins when we move into the realm of disasters where humans were either the direct or indirect cause, or, equally important, where the social relations in our societies have caused catastrophic outcomes as a result.

A storm that hits a city is one thing. The resulting deaths, homelessness and suffering caused, on the other hand, are all directly proportional to the social, economic and political status of those affected. It is no secret that poor communities are hit the hardest, and that cutting corners in construction and safety is the norm and not the exception when it comes to “accommodating” poor people, both on a local and global scale.

So marginalized communities live in sub-par housing, often in areas more prone to be hit by disasters, and to top it off, they are often ignored when it comes to emergency response. Even worse, when disasters happen the state is usually more interested in (re-)establishing “order”, thus sending armed forces, imposing curfews, and engaging in other activities which directly and indirectly prohibit people from getting to safety and from helping each other. Then, when the social tragedy is a fact, the disaster is often used as an opportunity to gentrify areas and permanently displace people. This is the sick logic of state and capital.

Far from being a natural disaster, this process should be labeled an unnatural disaster, created opportunistically by the social system we live under. Or in the words of Japanese anarchist Kōtoku Shūsui, who witnessed the San Francisco earthquake of 1906 first hand:

hunger followed, and cold. Unemployment followed. One hundred thousand poor tasted bitter suffering to its fullest extent. And yet, this was not the fault of the fire, this was the fault of today’s social order alone.

Shūsui also experienced the mutual aid developing directly between people in this emergency, where the sluggish and disinterested state abandoned them. An experience that was important in his own political development towards an anarchist conception of socialism.

Today we also know that what we do to the environment on a large scale, the fossil fuel based and exponentially growing economy, causes emission of greenhouse gases, leading to climate change, which in turn leads to more extreme weather.

So is this what is happening in California right now? Just some fires caused indirectly by human greenhouse gas emissions? Mostly no. The reason why people are trying to escape the fires while losing their homes has a much more direct connection to the powers that be in our current social system.

The major electric company in California, PG&E, has prioritized profits and bonuses for decades, severely neglecting their infrastructure. Even after having been found guilty of causing 8 deaths due to a gas explosion in San Bruno in 2010, not only did the neglect and safety violations continue, the company even falsified gas pipeline records to avoid attention.

Their aging infrastructure has been the direct cause of many fires, most notoriously the Camp fire of 2017 that killed 86 people. In the aftermath of that fire, the company was forced to file for bankruptcy due to the immense amount of money it suddenly had to pay in fines and settlements. A well deserved financial fallout that nevertheless feels near meaningless compared to what the company has actively caused by its profit-driven disregard for safety.

The company has been forced to admit that its infrastructure probably caused the ongoing Kincade fire in Sonoma County in North California, and it has been confirmed that they are responsible for two other, smaller fires, that started during the weekend. All this despite the ongoing precautionary blackouts that the company has resorted to in order to avoid further fires.

So we have severe blackouts, human-made disasters, extreme corruption – if this would be in any place western or US media don’t approve of politically, it would be portrayed as a failed political and economic system. But what does that say about the most powerful state on earth, the flagship of the capitalist world?

Whether this could have been avoided had PG&E been a public company might be an interesting question, and it’s hard to imagine it would make things worse. But on the whole I think it partially misses the point. Most public companies are run like private businesses anyways, and have to deal with most of the same external pressures to cut costs in the name of “efficiency”.

Nor is corruption or exploitation limited to the private sector – it is inherent to power, which runs unchecked not only on Wall Street but also in politics. I think reclaiming the utility and making it into a public one is a fair demand, but not one that would be entirely sufficient. Let’s remember that the state of California that would be presumed to run the utility company in the best interests of the people, is the same that for instance uses prison inmates to fight fires. Inmates that, until a recent drop in interest (gosh I do wonder why) forced the state’s hand to raise remuneration a bit, earned as little as $1-2 a day.

Personally I think we will have to deal with this kind of problems until the day a few simple, yet in my view almost intuitive, things change. First, the ones who know best what to do are the workers, and they should be running the facilities themselves in a democratic fashion, without capitalists or politicians. Secondly, they should be beholden to the communities they serve – which in many instances are the very communities they live in. Together with the communities, they should decide what needs to be done, how to do it, and how to prioritize resources.

In this way, when issues are decided by those they directly concern, and power is dissipated, we might escape the incentives that not only set the agenda of utility companies today, but also of our entire society, and thus our entire lives. There’s a reason why the state and capitalist businesses cause harm and exploit people, while volunteer run grassroots initiatives create mutual aid information sheets, engage in resource sharing, and distribute breathing masks. We can’t eliminate disasters entirely or avoid disagreements, but how about we stop incentivizing downright destructive behavior?