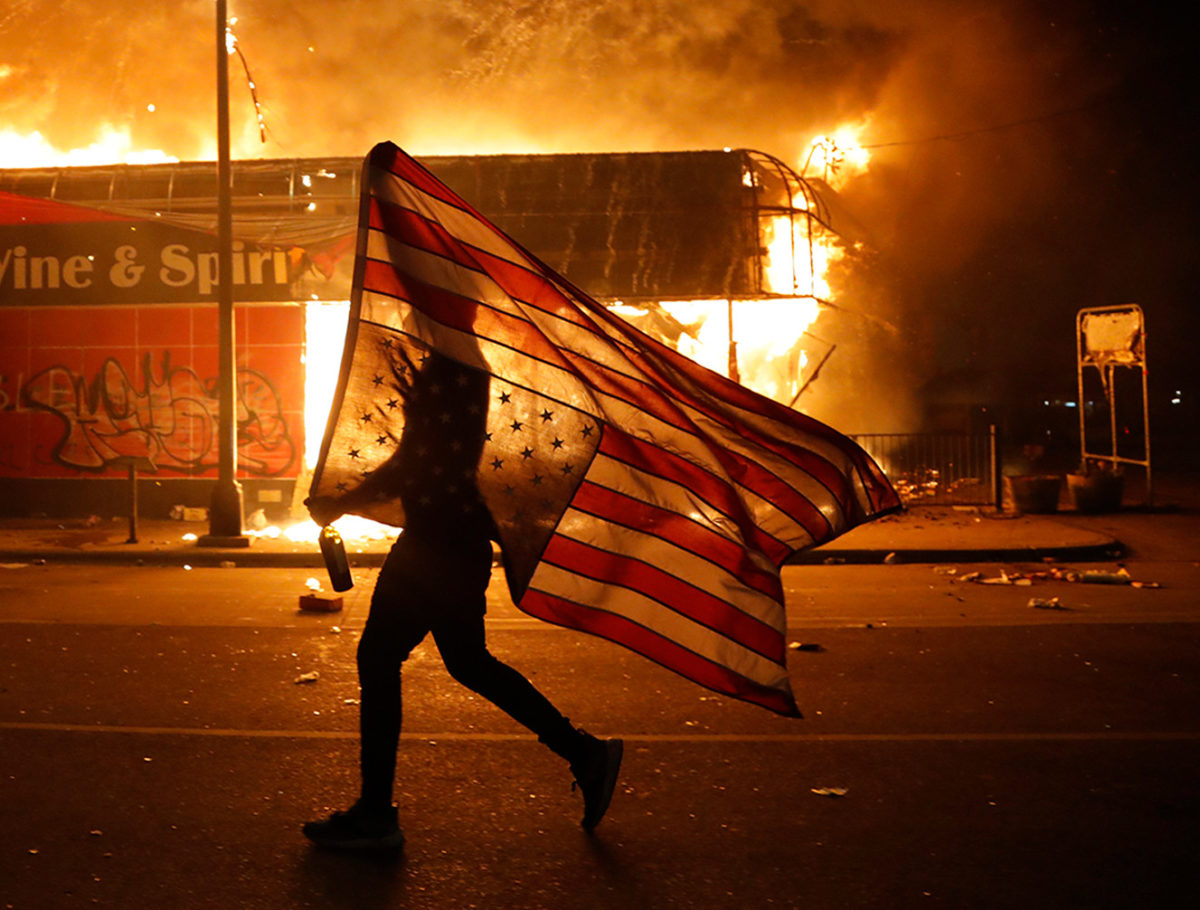 It’s hard, especially for white folks, to comprehend how racist a place the USA is, so it is best to start from the beginning. And just to preface, this is an outsiders attempt to grapple with these things. I am not speaking for anyone but myself and my experiences as a white non-citizen living in the USA.

Some intuitively identify racism with things like the risk of being called a slur on the street, or an unfortunate prejudiced mindset in some people against others. While technically not wrong, these things relate to racism as a whole in the same way a needle relates to a haystack, or like the tip of the iceberg to the whole thing. Even more importantly, identifying racism primarily with prejudice makes us miss that it is, above all, a power dynamic – a system that benefits those in power and is prone to reproducing itself.

All nation states have displaced and oppressed people in the process of trying to enforce and project some sort of national “order” and narrative on the territory inside their proclaimed borders. But for the USA, if there is one defining foundational feature, it is racism. The country is literally established on the back of a genocide, through means of slavery as well as often racially fueled capitalist exploitation. Native peoples were mass murdered, cheated, driven off their lands and almost made extinct. Black people were kidnapped and transplanted into the plantations growing indigo, tobacco, and eventually cotton. Asian people died in droves building the railway system. Indentured laborers were shipped from all over Europe into dangerous conditions with high mortality rates to pave way for the riches of the industrial barons.

To undermine any potential solidarity growing between the exploited, they were actively pitted against each other by the rich and powerful. Not happy with your meager pay? Watch out, or the worse off will come and take your job! This is how whiteness was created. To drive home the point of how immaterial whiteness is, it is worth mentioning that many of the European workers – like the Irish – while not suffering the same level of oppression and discrimination as native peoples or black people, were still not considered white at this time.

It might seem like an irony of galactic proportions that a settler colonial state built on the forceful subjugation and exploitation of people from all over the world – and one whose economy still largely depends on undocumented migrants doing hard work – spends so much time bemoaning immigration and painting it as some sort of threat. However looking at the history of the USA, it becomes clear that this is not some sort of anomaly but simply a continuation of a long standing tradition. As has been said elsewhere, the US border regime is not a failed attempt at immigration control, but a well functioning precarization machine.

To cut a long story short, racism in the USA today permeates every aspect of the lives of native peoples and people of color, because the country is built on it, and wouldn’t – couldn’t – exist without it. The state has actively undermined and sabotaged native communities, while hand in hand with big business trying to exploit what little land they have left whenever the opportunity arises. For black people, the plantation has never really gone away – it has been socialized and trickled out into all aspects of the society. The types of institutions whose main purpose once was to chase down and lynch escaped slaves, or discipline unruly workers, now go by the name of police. Is there any wonder, then, that black folks are systematically targeted, abused and murdered? Thinking that the USA or the police can exist without racism, is like thinking that a gun can be a flower, or a skateboard a submarine. It’s a picture that liberals like to sell us, but much like the story of the American Dream, it is not really saying us anything about a potential reality, as much as it is a bedtime story that is supposed to put us to sleep.

As a person of color, you’ll be discriminated against when you apply for a job, when on the job, or when trying to collect benefits. You will be discriminated against when you’re trying to get an apartment, or when you try to vote. You risk getting stopped, beaten, murdered or otherwise abused and harassed by cops and white supremacists (of course, the two largely overlap) – whether you’re shopping at the Walmart or just playing in your yard. As a black male, you’ll have an almost 1 in 3 chance to be arrested by the time you’re 18, and potentially be sent off into the prison-industrial complex where you will do hard or hazardous work almost for free. You will be discriminated against in the educational system, and when you retire. You’ll be “offered” a way out of systemic poverty by serving in the military, flown off to some country on the other side of the world to do the bidding of big business and the state, and then disposed of as trash when (or if) you return. You’ll have white people threatening to call the cops on you (in other words, threatening your life) if they don’t like how you react to them. As a black person, your life expectancy is years shorter than that of any other ethnic category in the country. If they don’t just shoot you, they are sucking the life out of you and killing you slowly.

And god forbid should a black person get involved in any form of social movement or direct action. Anyone who has refused to act subservient to cops and engaged in social justice related direct action knows the abuse you’ll get from cops and authorities. I hardly know of anyone that has not been harassed, lied to, beaten, bullied, threatened or otherwise abused by cops and authorities for doing what is supposedly a democratic right. For black people, these things take on even more somber proportions. It is a fact that cops have systematically targeted black activists, from COINTELPRO to the bombing – bombing! – of MOVE in Philly in 1985. White supremacists can stand in capitol buildings yelling with rifles without any repercussions, while unarmed Black Lives Matter activists or completely innocent black civilians will be threatened, jailed or killed.

With all this in mind, things suddenly start to make sense. The armed white supremacists might be conveying their opinions in a somewhat rowdy way, but they are in all regards part of the same game as the politicians inside or the business lords of the country. The black person demanding an end to racism, on the other hand, is threatening the very foundation of the entire system.

So are we ready now to discuss the murder of George Floyd in broad daylight by 4 Minneapolis cops? Actually, there is not much more to say, that isn’t already being formulated in the streets, from the smashed cop cars to the burning police station in the 3rd Precinct. All I can say is may George rest in power and may we never stop seeking justice for him and the countless others who suffered and died because of this racist system. But what does justice really mean here?

It is said that a riot is the voice of the unheard. And they are not unheard because there is something wrong with the ears of the supposed receiver – it has been confirmed long ago that the system has no ears. It only ever loosens its choke hold on us when we collectively punch it in its racist face. That punch can look a lot like a riot in Minneapolis or Ferguson, but it can also look like a strike at Amazon or Walmart. It can look like organizing food programs Black Panther-style, or like other mutual aid efforts in our neighborhoods. Above all, it looks like us doing things for ourselves, without and against the system, and in a solidarity stemming from the knowledge that racism, capitalism and the cops are different sides of the same thing. Justice, in that sense, can only mean abolition.

No justice, no peace. Fuck racism. Fuck capitalism. And fuck the police.

This site uses Akismet to reduce spam. Learn how your comment data is processed.